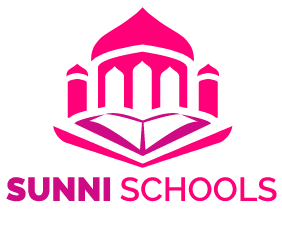 What about the bad Sufis we read about, who contravene the teachings of Islam?

The answer is that there are two meanings of Sufi: the first is “Anyone who considers himself a Sufi,” which is the rule of thumb of Orientalist historians of Sufism and popular writers, who would oppose the “Sufis” to the “‘ulema,  and the method of true Tasawwuf show why we must insist on the primacy of the definition of a Sufi as “a man of religious learning who applied what he knew, so Allah bequeathed him knowledge of what he did not know.”

The very first thing a Sufi, as a man of religious learning knows is that the shari‘a and ‘aqida of Islam are above every human being. Whoever does not know this will never be a Sufi, except in the Orientalist sense of the word—like someone standing in front of the stock exchange in an expensive suit with a briefcase to convince people he is a stockbroker. A real stockbroker is something else.

Because this distinction is ignored today by otherwise well-meaning Muslims, it is often forgotten that the ‘ulema who have criticized Sufis, such as Ibn al-Jawzi in his Talbis Iblis [The Devil’s deception], or Ibn Taymiya in places in his Fatawa, or Ibn Qayyim al-Jawziyya, were not criticizing Tasawwuf as an ancillary discipline to the shari‘a. The proof of this is Ibn al-Jawzi’s five-volume Sifat al-safwa [The characteristics of the finest] , which contains the biographies of the very same Sufis mentioned in al-Qushayri’s famous Tasawwuf manual al-Risala al-Qushayriyya. Ibn Taymiya considered himself a Sufi of the Qadiri order, and on his death was buried in Damascus in the cemetery reserved by endowment (waqf) for Sufis; volumes ten and eleven of his thirty-seven-volume Majmu‘ al-fatawa are devoted to Tasawwuf. His student Ibn Qayyim al-Jawziyya wrote the three-volume Madarij al-salikin [The successive stages of travellers of the path], a detailed commentary on ‘Abdullah al-Ansari al-Harawi’s tract on the spiritual stations of the Sufi path, Manazil al-sa’irin. These works show that their authors’ criticisms were not directed at Tasawwuf as such, but rather at specific groups of their times, and they should be understood for what they are.

As in other Islamic sciences, mistakes historically did occur in Tasawwuf, most of them stemming from not recognizing the primacy of shari‘a and ‘aqida above all else. But these mistakes were not different in principle from, for example, the Isra’iliyyat or “baseless tales of Bani Isra’il” that crept into tafsir literature, or the mawdu‘at or “hadith forgeries” that crept into the hadith. These were not taken as proof that tafsir was bad, or hadith was deviance, but rather, in each discipline, the errors were identified and warned against by Imams of the field, because the Umma needed the rest. And such corrections are precisely what we find in books like Qushayri’s Risala, Ghazali’s Ihya’, and other works of Sufism.

From The Book: Zarruq The Sufi

Who Was Ahmad Zarruq?

Ahmad Zarruq, also known as Imam az-Zarruq, was a Muslim scholar and Sufi sheikh from Fes, Morocco. He is considered one of the most prominent and accomplished legal, theoretical, and spiritual scholars in Islamic history, and is thought by some to have been the renewer of his time (mujaddid ).2

He was also the first to be given the honorific title “Regulator of the Scholars and Saints” (muhtasib al-‘ulama’ wa al-awliya’).

His Critique of Aberrations of So-Called Sufi Activities

There is no end to the issues in which Zarruq was a bitter critic. In every page of his ‘Uddat al-murīd al-sādiq, and in his other works mentioned above, he expresses his anger towards the Jurists of his days and the pseudo-Sufis alike.

In his rejection of the occult sciences which penetrated into Sufism through Gnosticism, in his attempt to heal the misunderstanding between the Sufis and the Jurists, in his earnest desire to introduce the Way pure and in conformity with the Law, the Shaikh mainly blames the Folk for the mischievous conclusions drawn by the learned out of their belief and action.

“The claimers in this way are numerous”, he says, “because of its strangeness (gharabah ). The minds cannot grasp it because of its subtlety. Its people are often rejected because of its delicateness. Good advisors have warned against travelling in it because of the many pitfalls in it, and the leaders of religion have written against its people because of what perverse men have invented in it.”

The second point is that our Shaikh was a constructive critic. His stinging expressions and harsh words were motivated by his vigilant concern for Sufis and for Sufism. When we read Talbi Iblis of Ibn al-Jawzi, or one of Ibn Taimiyah’s pamphlets against the Sufis, for instance, we find that they attack ruthlessly for the sake of attack. [Editor’s emphasis.]

Zarruq’s criticism was, on the other hand, full of sympathy and solicitude. In his works he was as much a guide to the right Way as he was a critic of the wrong one. He does not deplore, reject and neglect those deviators. Instead, he offers them the means of ridding themselves of their defects.

Here are his suggestions concerning “the means by which innovations will be eliminated”, as he says, “and by which its adherents will go back in the right direction.” He summarises them under three headings:

The Means by Which Innovations Will Be Eliminated

1- “The first is restoring the faith in a way leading to the observance of the Lawbringer’s (the Prophet’s ﷺ) respect in anything he ordered or forbade, by being perspicacious in religious issues. God has said:

{And whatever the Messenger gives you, take it. And whatsoever he forbids, abstain therefrom.} Sura 59-7

{ And let those who conspire to evade His orders beware lest grief (fitna) or painful punishment befall them. } Sura 24-63

2. The second is the following of God’s commandments in everything the traveller encounters in the Way. This cannot be done except by watching his movements in order that he may do nothing without knowledge or the emulation of him who is worthy to be emulated, such as a pious learned man or a preeminent faqih.

◊ Abu al-Qasim al-Junaid says: ‘This our science is founded on the Book and the Sunnah. He who does nor listen to the hadith and sit with the fuqaha, and receive his instruction from the learned, will harm whoever follows him, and following him is unlawful.’

◊ Al-Shibli was asked once about Sufism. He answered : ‘It is to emulate the Messenger of God (peace and blessing be upon him).’ May God lead us all aright!’

To sum up, it is evident that Zarruq regards Sufism as a personal way, confined mostly to the élite, not a common idea and practice to be held by anyone.There must be the proper aptitude and the necessary receptivity in order to travel on this Way.

What Is Indispensable for Any Traveller on the Way

Besides this aptitude there are two important things which are indispensable for any traveller and his success in passing through it depends on them.

1.  Firstly there is the sincere orientation (sidq al- tawajjuh), or intention, which controls his inward being and guides him always, from his first step. Without this sincerity nothing can be achieved, and he will be a mere imitator without reality in his belief in the Way and its requirements.

2. Secondly, the traveller has to be fully equipped, or at least acquainted, with correct knowledge of the religious rules which govern his outward being. Being ignorant in religious affairs leads to many mistakes and mischievous results.